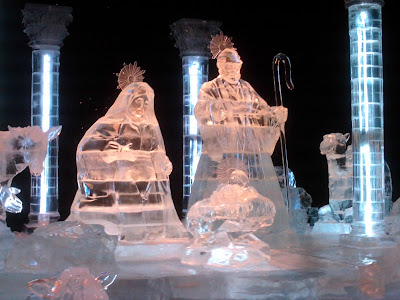 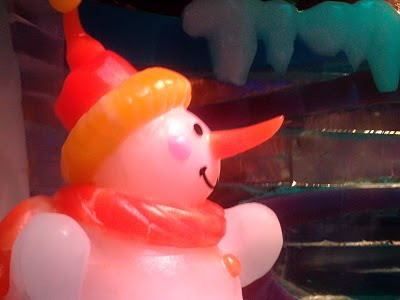 Went to the Gaylord Palms to see the Ice and Snow. The Ice was spectacular and the Snow sucked. In Ice there was the whole thing was done up to "The Night Before Christmas" it had snow men, Christmas trees, people and sleighs at scale. After "The Night Before Christmas they had a manger scene that was also done up to scale. The Snow exibit only had snow at the back and we stayed in there for mabye 10 minutes if that. The temp was about 9 deg for Ice and they sayed that it was about 50 deg for snow it was all cold to me did not like the temp but I had fun in ice even though i was frozen when I got out of there. While we where waiting for Snow we went to get some drinks, all I bought was a coke zero for the wife that cost over three dollars.
Posted by Ricky at 2:38 PM