Well bright house finally came out to our area. and now we have fast internet.

Posted by Ricky at 12:31 PM No comments: Links to this post

So we got a bird feeder and the squirrels are using it as their personal toy.

Posted by Ricky at 1:23 PM No comments: Links to this post

Finally done mowing the grass, took me 4 days, started mowing on Sunday and today it is done. I had to work on the lawnmower for two of those days.
Posted by Ricky at 4:28 PM No comments: Links to this post

Well I bought a used riding lawnmower last summer for $375, the turning rod broke the second time mowing with it. The guy I bought it from sold me a new one for $5. Then the I mowed with it until January when the blades stopped rotating so I had him pick it up which cost $25 and to drop it off again another $25. He said that the belt was bad and that the bearing was also bad. So he replaced them and told me to change the oil every 6 hours. He also sharpened the blade and charged me $75 for all the work and parts. When he brought it back it did not want to move in any gear so I called him up and he said that it sounds like the problem was the transmission belt was loose. So I went under the lawnmower and tried to get the belt off, but I got hung up on some bolts. So I was wiping it off and checking for wear from underneath it when I put the belt back on it ran just fine. So I start mowing with it again and it started acting up. I looked up the belt online, got the belt number from the company and then went to the web address that he told me to go to and the belt was $15. I did not buy it from the site and called Ace Hardware, they had belts, but could not give me a price unless I new the size. So I took off everything that was in the way and finally got the belt off. Ran up to Ace Hardware and bought a new one for $8. So no more business from me for that guy. If the lawnmower breaks and I can not fix it I will take it a part and sell it for scrap. So I got home and put the new belt on, put the lawnmower back together and tried it out and everything worked. I am much happier now with the $8 then the $125 that I gave that guy for the work he did.
Posted by Ricky at 7:36 PM No comments: Links to this post

Things I am working on

I am making two things for my mom. One for her birthday and one for Christmas, which happen in the same month. Then I am making a scarf, I need to get some white cotton yarn for these things that I am making for m-i-l, I got some hand towels that need tops made on them, and I got the stuff to make pot scrubbers.
Posted by Ricky at 8:14 PM No comments: Links to this post

Death in the Family

Well I found the body of Mr. Jaz today, he went under the house to die about a week ago. It makes me sad. He was an inside cat but he was happier outside. 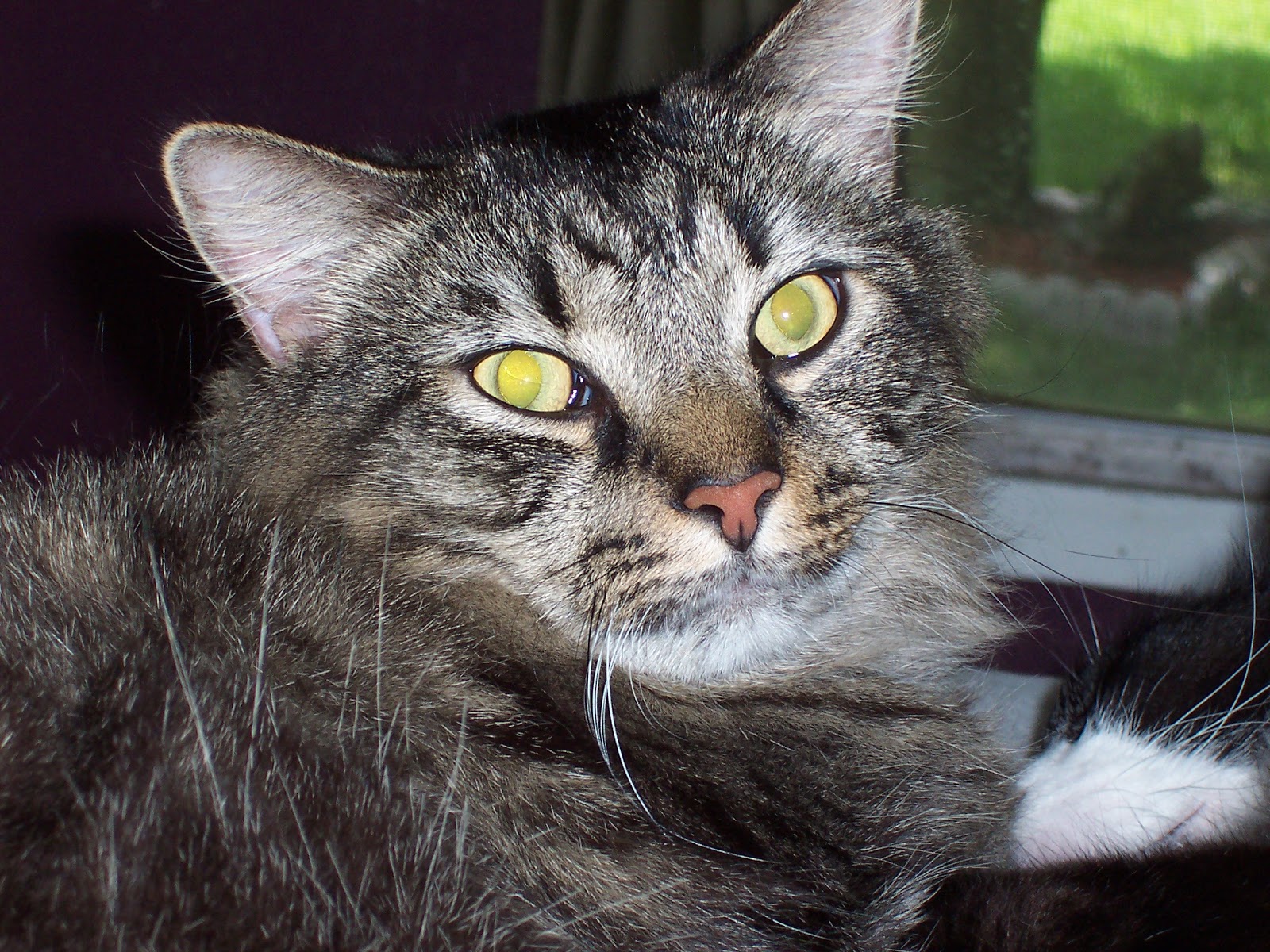 This is Mr. Jaz when he would go out and come in on his own. then he started getting allergic to the pollen and we started keeping him inside. He would get in the window and cry, or try and run out the door. we finally let him back outside about 3 months ago.
Posted by Ricky at 6:13 PM No comments: Links to this post